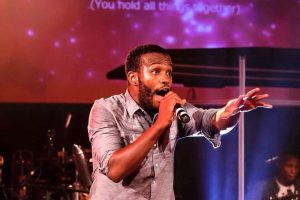 Music has the ability to reshape our worlds. In that moment of sound, who we are and where we come from no longer defines us. For that moment we are more than that. For that moment we can voice an expression, an emotion, story or longing that speaks to the universal. That which makes us human. Not black, not white, not short, not fat, not anything other than human. Music is ultimately a message of faith: a message that says we are not alone, we are part of something, we are part of each other.

Growing up music was always part of my world. Both my parents are singers so I was borne into a soundscape of music as much as one of words. I was born in Soweto on May 4, 1987 and moved to Orange Farm when I was four years old. Orange Farm is a community that has great depth in stories and community and very little material wealth. What we have to share we do and the things that can be shared most easily are stories. Some of them you watch unfold before your own eyes, others are a part of the community psyche and still others are told to you when there is nothing else to offer. And then there are others that are your own. Growing up in a Christian home I was surrounded by faith and love: daily acts borne out of a lack of materialism and also the very real unfolding of God’s grace in our lives. The music that I write is inspired by my love for people and stories. Of believing that by working together we can create a better world.

My career began in 2009 when I wrote a song called Bayethe for Audry Mbuyazi. I was also part of the award-winning Gospel band called We Will Worship which focused on diverse and multicultural worship music. During my time with the band we released two albums Movement Begins and Yhwh, and a live DVD album titled Mmuso. I have had opportunities to work with some of South Africa’s greatest artists, most recently being a guest artist on Mango’s latest album Look To the Sun. I have written songs for Loyiso Bala, Lebo Skgobela, Verona Pillay to name a few. My journey has been varied and in community and has had a profound influence on my musicianship. Now however, a new chapter unfolds. One where I now get to share my songs with the rest of the world and where I tell you of my stories that once distilled resonate with yours. For we are part of each other and music is a beautiful gift that is meant to be shared.